Here is a summary of our recent climbs in China!

An international climbing expedition completed the first ascent of Mt Dayantianwo (17126ft) in the Shuangqiao Valley of Siguniang National Park in Sichuan China. On 09/15/2013 Chaohui Zheng of China, Szu-ting Yi of Taiwan and American Dave Anderson climbed the 2000 ft southwest face at 5.10 r/x, 60 degrees. The three climbers had been part of a larger expedition organized by Zheng that attempted the peak earlier in the month, but were forced to abandon their initial attempt after a series of storms covered the rock peak with several feet of snow. After week long period of good weather that melted most of the snow the three climbers, along with Tibetan climber Laoyao Xu returned to their high camp at the base of Dayantianwo. The next day they started climbing two seperate routes on the southwest face. After 7 pitches the two teams routes intersected, Xu decided to descend and Zheng joined Yi and Anderson and climbed to summit and rappelled in the dark retuning to their high camp in a 16 hour round trip push. Yi and Anderson named their route “Three Sheep Bring Prosperity” for the Baharal Mountain Sheep that ran past them through fifth class terrain near the summit. Zheng named his variation “Top of a Dream.” 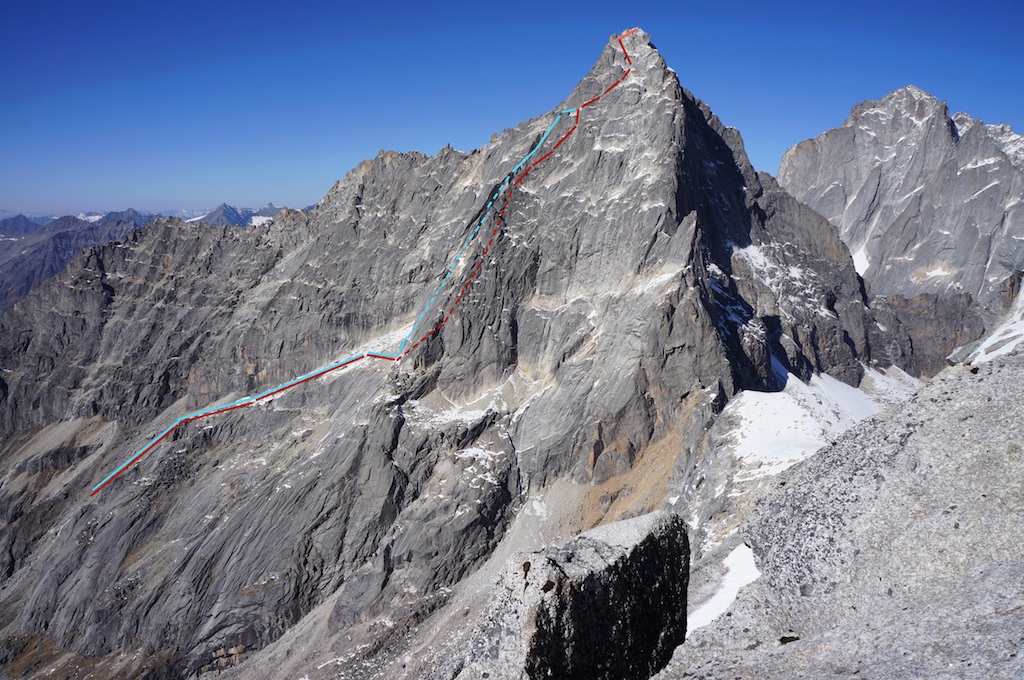