On August 16, 2011, I am traveling to the Genyen Massif located on the Tibetan Plateau in western Sichuan Province, China. The reason for this journey is two-fold. First, Szu-ting Yi and Eric Salazar and I will attempt to summit two unclimbed granite towers located in the remote valley. Second, we will be filming a documentary about a local Tibetan man Rinchen Chuta who is in the process of  building a language school in the nearby town of Litang, China. Check our blog in the sidebar for the most recent updates!

Mountaineering in the Genyen Massif

Being able to clearly see an objective in the mountains can provide the necessary information and incentive to complete a route or reach the summit. But sometimes what you can’t quite see or what is not known offers the greatest motivation. In 2003, an image in the American Alpine Journal caught my attention. The photo was taken by the famous Japanese explorer Tamotsu Nakamura, who is the modern Bradford Washburn inspiring alpinists with spectacular mountain images. The photo did not contain any enticing virgin peaks.  Instead the image in the Journal showed a stunning 600 year old monastery in the center of the valley. However on both sides of the valley clean granite ridges poured down from some unknown spires hiding in the clouds above. After reading Nakamura’s description of the region, “The highest peak in the region is Mount Genyen (6,204m), it is a divine (sacred) mountain which was first climbed in 1988. However, more than 10 untouched rock and snow peaks of over 5,800 meters await climbers. In particular a 5,965- meter peak towering like a sharp beak looks magnificent and the scenery surrounding the 600 year old Lenggu Monastery amid spiky rock pinnacles is truly enchanting,” I began planning my first trip the Genyen region.

In October 2006, Sarah Hueniken, Molly Tyson, Andy Tyson and I spent a month in Western Sichuan, China climbing in the Genyen Mountains. The unseen spires really did exist and we were able to summit several unclimbed peaks, including, the “sharp beaked” Shachun before the cold and snow chased us out of the valley. The expedition was overwhelmingly successful. 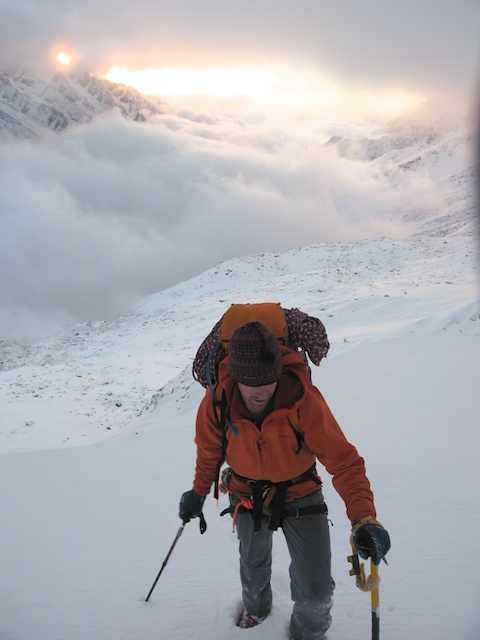 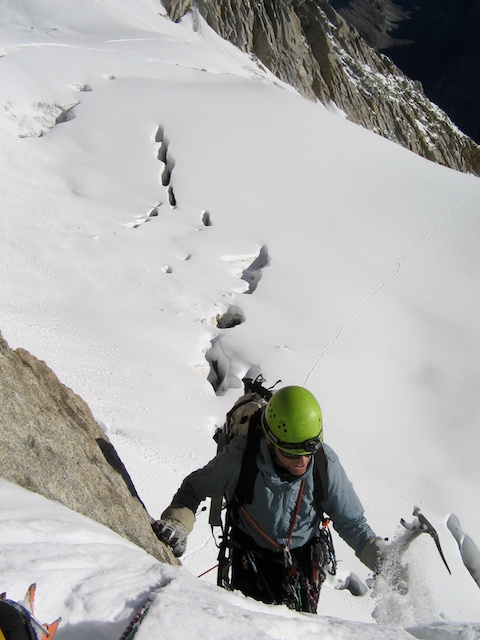 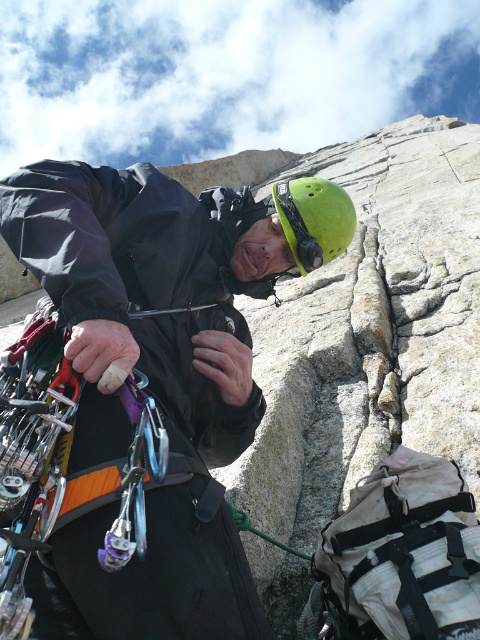 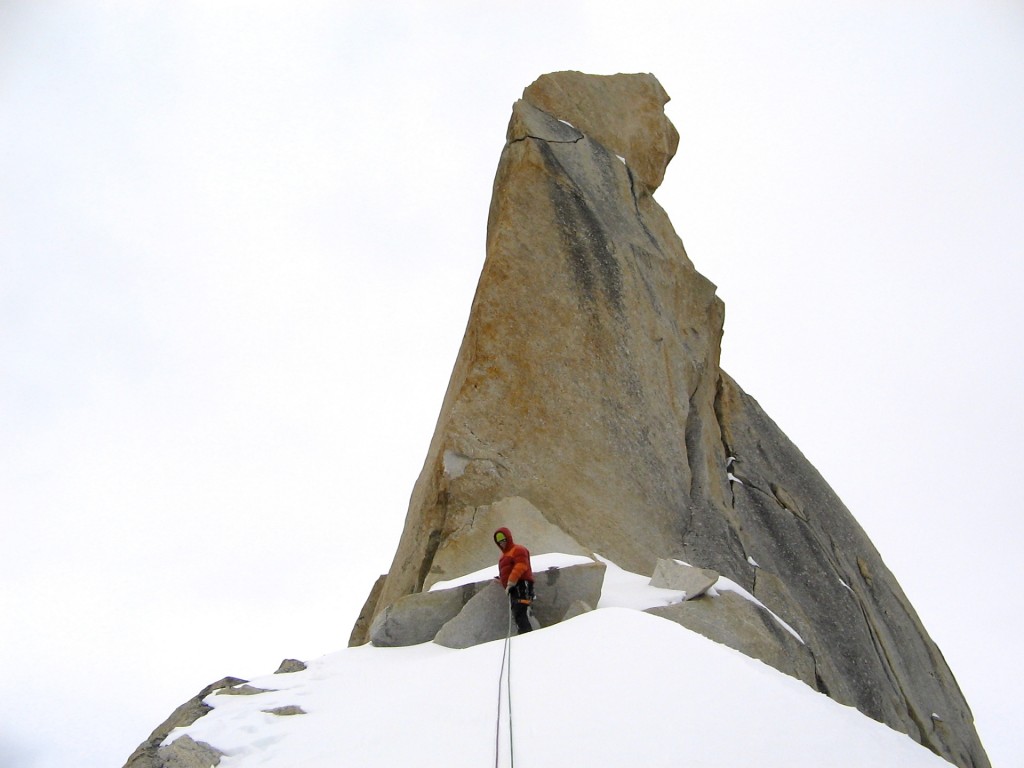 Later after I returned home to the States, I learned that Charlie Fowler and Chris Boskoff were overdue from their own climbing trip in China. Charlie had given me some advice about logistics and permits before I headed to China and after I got out of the mountains I sent him a short email detailing the amazing climbing in the Genyen region. As the days dragged on, reports indicated that Charlie and Chris had indeed headed into Genyen. Around Christmas a search team found Charlie’s crampons poking out of the snow at 17,000 feet on Mt Genyen. Was it a random avalanche, a broken cornice, or a fall that claimed the lives of two amazing people?

I do not know if Charlie ever read my email, but the thought of potentially enticing him to the region still weighs heavily upon me. When I think Charlie and Chris in the Genyen region, I imagine them drinking yak butter tea while chatting with the monks of the Lenggu Monastery. Above them the glacial peaks and rock spires spread long shadows across the Genyen valley. Charlie points to Shachun and asks if it has been climbed. The monks then tell him of our successful ascent just a few weeks earlier. I can almost see the smirk come over Charlie’s face revealing his crooked front teeth. There is a small trace of envy in his smirk followed by a smile beaming with the knowledge that it was with his inspiration and help that made our ascent possible.

Five years have passed and now it is time to return to Genyen and safely climb the true jewels of the Genyen Massif. In August 2010, Szu-ting Yi, Eric Salazar and I will attempt to summit two unclimbed mountains in the region.

While climbing Sachun during the 2006 Expedition, the rest of the peaks of the Genyen range began to come into view. We were awed by a striking spire to the east (Dkyil ‘khor Ri). We later asked the monks at the Lenggu Monastery about the peak we had seen, but they did not know anything about it.

Later, when Sarah and I approached the peak via a southern drainage, we found a few old cairns marking an overgrown footpath. As we gained elevation the frequency of the cairns increased. When we reach the high plateau below the peak our jaws dropped at the sight of 10,000-20,000 cairns arching around the base of Dkyil ‘khor Ri.

Obviously, at one time many people had come to this spot, but why? From a climber’s perspective the peak is awe inspiring, but from a non climber’s perspective there are other peaks nearby that are nearly as spectacular in their beauty and have much easier access. When I returned home I looked at the Genyen Region on Google Earth. The mountain range resembles a human brain with its ridges and valleys weaving in a circular pattern. Mount Genyen can be seen on the southern edge of the range, but in the very center, where most of the drainages begin, is Dkyil ‘khor Ri.  A thousand years before man figured out a way to fly and see the world from the eye of a bird the local people somehow knew of the unique position of Dkyil ‘khor Ri. 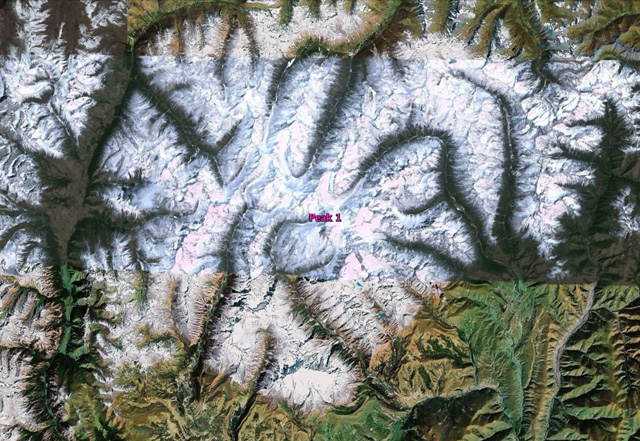 Bka Ri is located further southwest of Dkyil ‘khor Ri. An advanced base camp will be set at an idyllic glacial lake that looks up at the sweeping granite ridge we will climb. Our 2006 attempted ended less than 1000 feet up the face when a snow event blanketed the wall and forced retreat. No other information about the peak is known at this time.

The remote Lenngu Monastery was constructed in 1164 and survived the wrath of the cultural revolution, but the monks and their religious freedoms did not. At one time there was a vibrant community who supported 266 monks living at the monastery. Now there are just a few monks trying to revive their lost religious culture and a handful of people herding yaks living in the valley. While walking through the valley one has the feeling of being in a ghost town as the buildings, fields and meditation caves are empty. 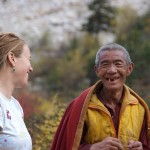 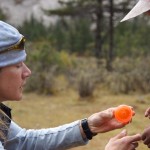 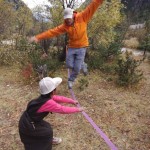 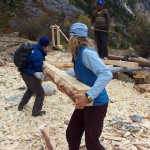 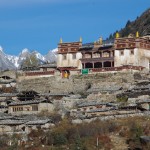 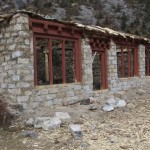 Even though the valley is remote it’s beauty attracts a few Chinese and foreign trekkers each year and the 2006 climbing team helped build a small hostel that will be run by the monks as a way to raise funds for the monastery.

In 2011 we plan on doing more to help the local people. Last year we met Rinchen Chuta who is operating the Litang Social English Training Program, a school, in the nearby town of Litang that teaches students Tibetan, Mandarin and English. Rinchen described how important it is for the young people of this region to learn several languages. Tibetan will allow these kids to maintain a connection with their heritage. Mandarin is the official language of China and all higher education is conducted in Madarin. Finally, Rinchen hopes that by learning English students will be able to connect more with the Western world and give them tools to work within the burgeoning travel industry of Western Sichuan. Rinchen has been renting facilities for his school, but has recently purchased land that will be the new home of the Litang Social English Training Program. Our plan is to spend two weeks after the expedition documenting Rinchen’s project through still images and video for a documentary to help raise funds for the construction of the school. Rinchen believes education is the first step to becoming a better individual and through cross cultural connections we build strong communities and a shared interest in protecting the environment. We want to help Rinchen and his students achieve their dream.

2 thoughts on “Return to Genyen”